The Chance To Smile Again 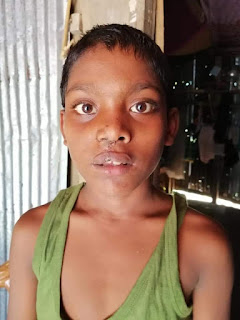 Here at Fred Hyde Schools, we do focus on education, but the world of education always overlaps with every other world, including health. I wanted to tell you about two young boys, both born with cleft lips and both, as it turns out, doubly lucky to be enrolled at our schools.  Shuvongkor, a second-grade student from our Char Jamuna school, to the west of our headquarters at Char Fasson (Char means island…but all the world’s an island here), and Riaz, a third-grade student from South Jahanpur to the southwest, were both born with cleft lips. 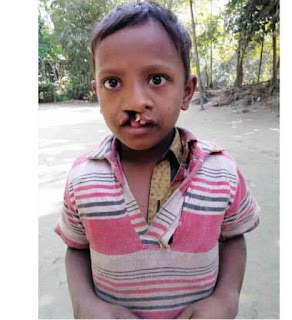 One of our committee members, Borhan Shafi, has been using his contacts in Chittagong and Dhaka for years to organise medical treatment for rural kids in years, and he was able to organise treatment for the boys with Dr. Bijoy Krishna Das at the Care Hospital in Dhaka.  The price of these treatments is around the equivalent of $100.   I wanted to show you these pictures, difficult as they are to look at in some ways because they came with a story that shows how people can be within touching distance of something life-changing, they can see it, but they can’t quite reach it.  Another of our committee members Paddy O’Leary was with Riaz’s mum, talking to her about the potential for her son to be treated. 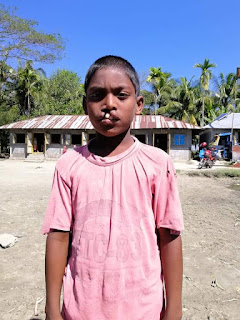 She looked at the photos of Shuvongkor with tears welling up.  She had no idea such a possibility existed.   Paddy explained if she could get her son up to Dhaka to the hospital in the next week, the treatment would be able to organised for free.  She put her arm around her son and held him close, weeping, looking back and forth between the photos of Shuvongkor, who had had the operation, and her son.  Paddy prodded a little, and it emerged that the family, who relied on her husband’s sporadic work as a day labourer, could not even afford the $50 it would cost to get to Dhaka and back.   Paddy dipped into his own pocket, and you can see the result.  Education is life-changing in ways that are often almost imperceptible, but this…is seriously perceptible. 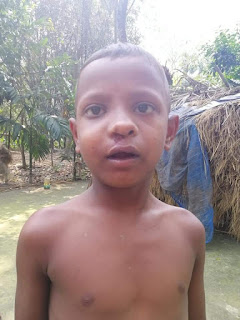 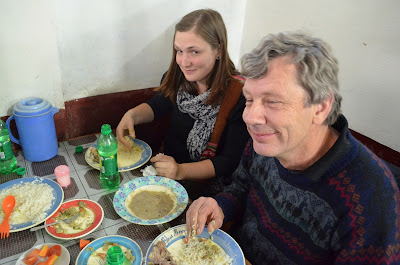 A school is a school…or is it? - Cath Beaumont 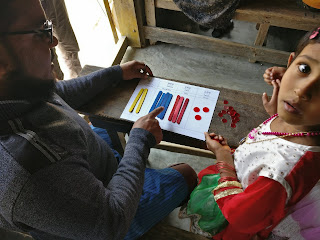