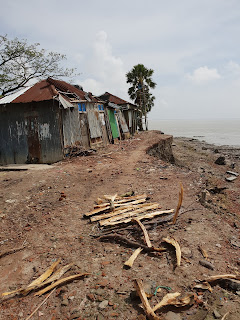 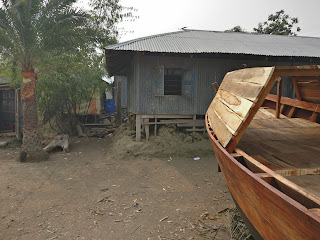 Five Doors was one our very first schools, perched on the south eastern edge of Bhola Island…well not quite perched, but as the Meghna River continued to grind away at the river banks, after around ten years, it was literally on the edge.  And then it was gone.

We shifted the old school, including some of its iron, to a new location, ‘safely’ inside the fishing village of Five Doors, where the desperately poor kids of fishing folk could come in from the wet and get a decent education.   Even though the school itself is precariously situated on the ‘sea’ side of the dyke, the kids keep coming—and doing better at exams than those going to government schools.  Last winter, our team spent some money—less than $200, tidying up the school, shoring up the mud floor and improving the bathroom using recycled materials.

We don’t want to abandon this school, even though most of the shopkeepers in main street have abandoned their shops which are literally sinking into the river.   The kids are determined to stay—and we want to be there for them.   It’s a really sobering sight to see the river meet the sea, sawing away at the mud banks, and the people here holding on for dear life.   But at the same time its hugely inspiring to see our little team of teachers turn up every day and deliver the best teaching they can, and the students, heads down, at their books. 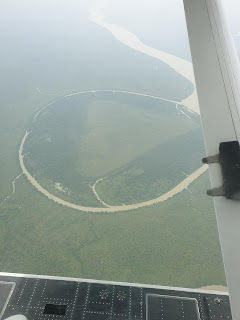 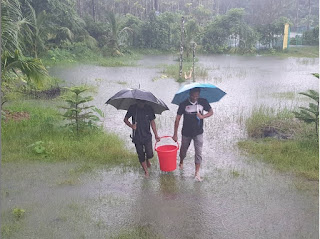